Join The Rebel Alliance Today! Fight Back Against The Empire! 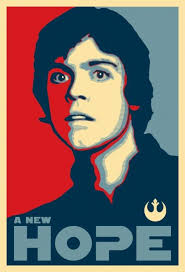 There is a new hope, a young jedi known as Luke Skywalker has been spotted aiding the rebels in the defeat of the empire! The Rebel alliance is now as strong as ever, join today and make a change! Fight along side the Jedi, to restore peace amongst the galaxy. 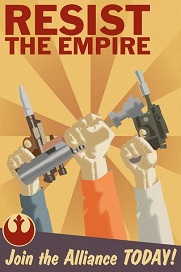 Join the resistance today as we come close to defeating the tyrinnical Empire! We have reclaimed many planets and have destroyed the death star, come and make a change! 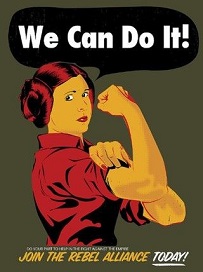 The Princess needs you to join the Alliance today as she was captured by Vader and the 501st! Help us get her back! She would want you to stand up and fight for what you believe in, and its just about time to do that today. The Galaxy needs you! Make you way to Endor to sign up, Is this what your beloved Empire stands for, kidnapping?

Stories From The Rebels Frontlines! 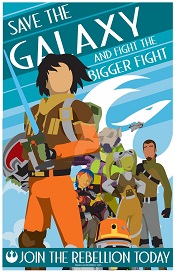 The Lothal Rebels have been fighting in the front lines for a while now, in their group, they have 2 jedi (Ezra and Kanaan), 1 former navalist from the empire (Sabine), 1 former Clone Wars Captain from Lasan (Zeb), and 1 pilot for their ship (Hera). These individuals have had confrontations with Darth Vader, the Inquisators, and Grand Admiral Thrawn making this group of Rebels very valuable and skilled. 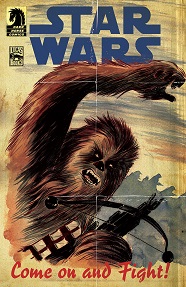 The Wookies signed up to join the Alliance when we recalimed their home planet Kashyyyk; and now the Wookies are no longer enslaved! One well known Wookie, Chewbacca, has been helping the Republic since the Clone Wars and is aiding us today. He has fought alongside Jedi Master Yoda and Jedi knight Luke Skywalker. He has fought in all of the battles so far and continues to make us stronger! 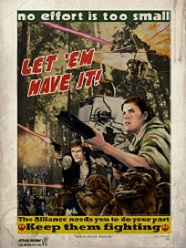 It is here! The battle of Endor! We have pushed the empire back, their numbers are diminished and we have help from the people, the wookies, and the ewoks. Join us on our last battle against the empire! We need you to fight the bigger fight, join us today to make a galaxy wide change! So far, we have gotten the natives of the land, the ewoks, to let us help and fight the empire alongside with them. The Jedi is here fighting with us! The fate of this battle depends on you, join us.

Fly To Endor To Join The Fight!